Frankfurt, 12 March 2013 – Kia’s design team has won four prestigious ‘red dot’ design awards, including a ‘Best of the Best’ distinction for the new Kia pro_cee’d in the product design category.  The Kia cee’d five-door, cee’d Sportswagon and Carens compact MPV models collected ‘Winner’ awards.
Along with the iF product design award in November 2012, this is the second prize won by the Kia pro_cee’d before the new model goes on sale later this month.  The four 2013 awards bring the total number of Kia’s red dot wins to 10 since 2009 .  Kia’s Soul, Venga, Sportage compact SUV and D-segment Kia Optima sedan – the latter was awarded the coveted ‘Best of the Best’ prize – were followed last year by awards for the five-door Kia Rio B-segment hatch and the A-segment Kia Picanto.
“We are very proud of the ‘red dots’ that have been awarded to all of the cee’d family, along with the new Carens.  And we are especially enthusiastic about the ‘Best of the Best’ award for the Kia pro_cee’d because, after the Kia Optima, yet another of our vehicles has received the highest honours from the jury,” says Peter Schreyer, President and Chief Design Officer of Kia Motors Corporation.
“The fact that our most important compact models have won four prizes is a great acknowledgement of the work of our international design teams.  Our cars have now been winning for five years in a row, which once again confirms that we are on the right path with our consistent design strategy.”
red dot award: a seal of quality in product design
The Design Centre of North Rhine-Westphalia founded the red dot awards programme in 1955, and it is now one of the most prestigious design contests in the world.  The internationally acclaimed seal of quality features ‘product design’, ‘communication design’ and ‘design concepts and prototypes’ categories.  This year, 1,865 manufacturers from 54 countries submitted 4,662 products.  A 37-strong jury judged the products according to nine criteria, including degree of innovation, clarity of function, formal quality and sustainability.  The award presentation will be held at the Aalto-Musiktheater in Essen on 1 July 2013.
The cee’d family and the Carens: attractive choices in the compact class
The cee’d family first launched in Europe in 2007 and is now well-established in the C-segment.  The winner of the 2013 red dot ‘Best of the Best’ award, the three-door Kia pro_cee’d, sports a new athletic look that sets it apart from the five-door cee’d model.  It is exceptionally well-specified with a high level of equipment as standard and is offered with two diesel (1.4-litre and 1.6-litre) and two gasoline (1.4-litre and 1.6-litre) engines, with up to 135 bhp and CO2 emissions from under 100 g/km.
The Kia Carens is a new family-friendly compact MPV that builds on the already excellent functionality and flexibility of its predecessor with a new sleek elegance.  In both its five and seven-seater configurations, the new Carens offers an impressive specification as standard, including air conditioning, audio system, multifunctional steering wheel, cruise control and LED daytime running lights.  The Carens is available with a choice of two gasoline engines (1.6-litre and 2.0-litre) and a 1.7-litre turbodiesel, with performance spanning 135 to 166 bhp and CO2 emissions from 124 g/km.
Every new Kia in Europe – including the pro_cee’d, cee’d, cee’d Sportswagon, and Carens – benefits from the brand’s unique 7-Year, 150,000 km warranty.

Kia Motors Europe
Kia Motors Europe is the European sales, marketing, and service arm of Kia Motors Corporation. With its headquarters in Frankfurt, Germany, it covers 25 markets in Europe.

About Kia Motors Corporation
Kia Motors Corporation (www.kiamotors.com) – a maker of quality vehicles for the young-at-heart – was founded in 1944 and is Korea's oldest manufacturer of motor vehicles. Over 2.5 million Kia vehicles a year are produced in 15 manufacturing and assembly operations in ten countries which are then sold and serviced through a network of distributors and dealers covering 149 countries. Kia today has over 47,000 employees worldwide and annual revenues of US$39 billion. It is the major sponsor of the Australian Open and an official automotive partner of FIFA – the governing body of the FIFA World Cup™. Kia Motors Corporation's brand slogan – "The Power to Surprise" – represents the company's global commitment to surprise the world by providing exciting and inspiring experiences that go beyond expectations. 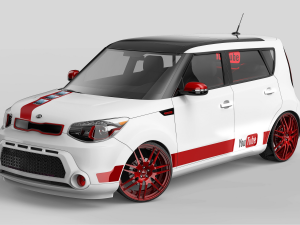 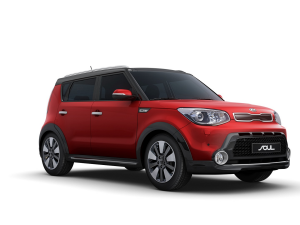