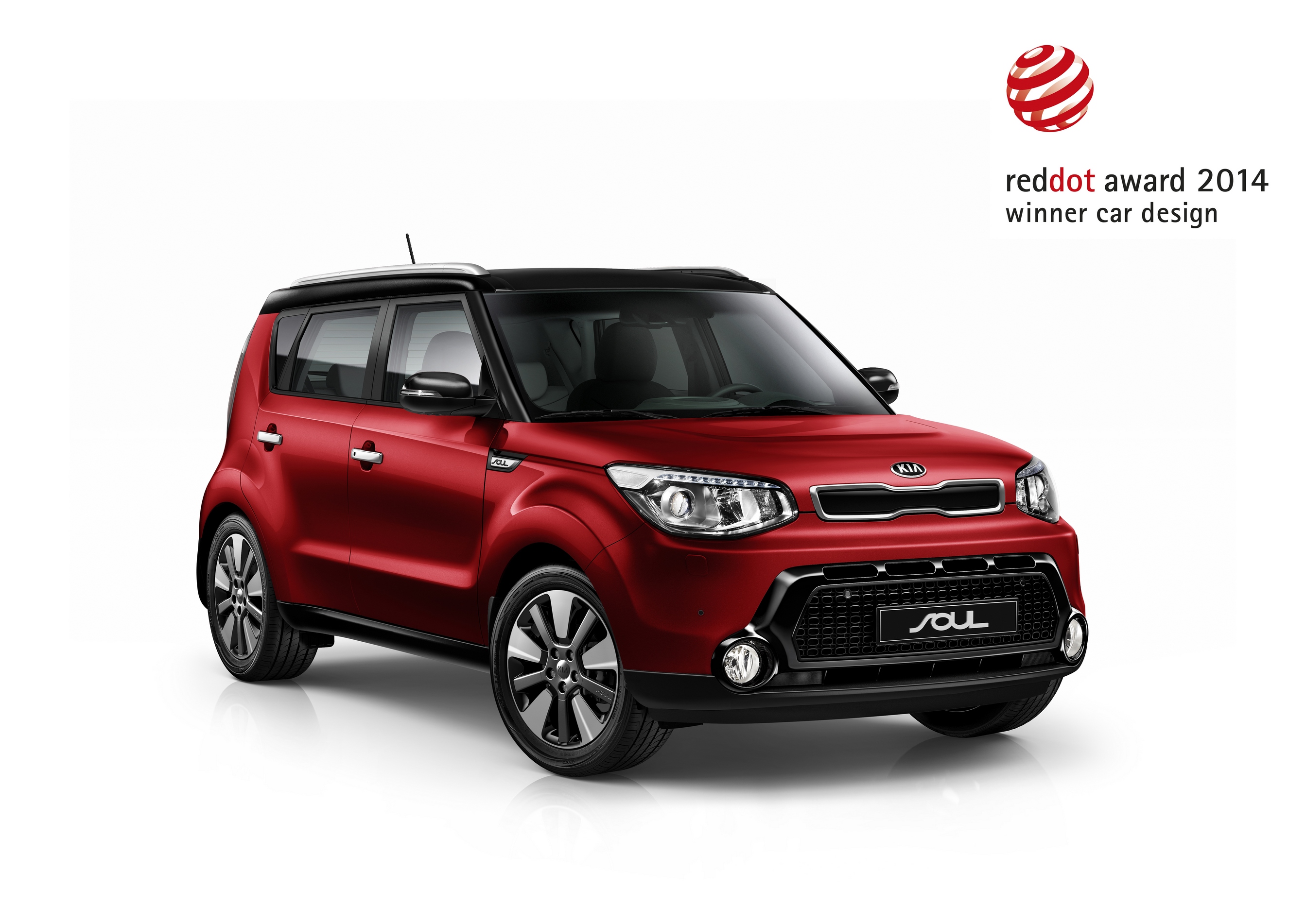 Frankfurt, 28 January 2014 – The new Kia Soul, which celebrated its European premiere at the Internationale Automobil-Ausstellung (IAA) in Frankfurt in 2013, has been awarded the ‘iF Product Design Award’.

In securing the prestigious iF design accolade, the second generation of the cult compact SUV – which will go on sale across Europe in March – continues the award-winning ways of its predecessor.

In 2009, the original Kia Soul was the first car by a Korean brand to receive the distinguished ‘red dot design award’. Since then, a total of 16 design prizes have been awarded to Kia models between these two design organisations.

With a distinctive design, the Kia Soul has many fans all around the globe: since the end of 2008, more than 760,000 people have purchased the first-generation model.

The new Kia Soul was created by the Kia design team under the supervision of Peter Schreyer, President and Chief Design Officer of Kia Motors Corporation and Hyundai Motor Company. Many of the design elements of the muscular Kia Track’ster concept (presented at the 2012 Chicago Auto Show) are incorporated in the second-generation Kia Soul and characterise its modern design – although it is still recognisable as Kia’s iconic compact SUV.

“The great challenge we faced when designing the second model generation was to preserve the strong, individual character that made the Kia Soul so successful, and at the same time give the design new impulses”, says Peter Schreyer. “That is why I am so pleased about this prize, because it proves how impressively our design team has performed this task. The new Kia Soul is a lot more mature in appearance, and the bold, distinctive personality of this model is highlighted even more.”

New platform, improved driving dynamics – and scope for individual design
Despite the similarity in appearance to the original Kia Soul, the second -generation model is a completely new car. None of the exterior body panels are carried over, and the spacious interior has also been completely redesigned. It gives the occupants even more leg and head room, uses more high quality materials and offers a comprehensive range of comfort features.

New Soul also excels in its low noise level and refinement. One of the factors behind the car’s many improvements is the new platform, which is similar to that of the Kia cee’d and which gives the new Kia Soul noticeably improved driving dynamics. There is a choice of two modern 1.6-litre engines; a gasoline direct injection (132 PS / 97 kW) and a turbodiesel (128 PS / 94 kW).

Like its predecessor, the new Kia Soul offers a wide range of customisation options. Depending on the trim level and optional equipment, these include, for example, a choice of different interior colour schemes. The new Soul is also the first Kia model for which the roof can be ordered in a contrasting colour, while a new SUV Styling Pack – featured on the iF design award-winning car – introduces distinctive piano black bumper garnish, side skirts, wheel arches and a black painted roof.

In 2014, companies from 55 countries participated in the iF design award, submitting 3,249 designs in 17 categories to the iF product design award, which is by far the largest of the three iF competitions. The new Kia Soul was honoured in the ‘Transportation Design’ category.

The official presentation ceremony for the 2014 iF product design awards will take place on 28 February 2014 in Munich during the ‘Munich Creative Business Week’. All the winning products will be on display for the first time at the new iF design exhibition in Hamburg's HafenCity. Additionally, all winners can be seen on the website www.ifdesign.de and can now also be viewed with the new iF design smartphone app.