SEOUL, February 6, 2020 – Hyundai Motor Group Chairman Mong-Koo Chung will be inducted into the Automotive Hall of Fame, the industry’s top honor, in the class of 2020.

Chung will be the first Korean inducted into the Automotive Hall of Fame, which was established in 1939 and has honored nearly 800 business leaders from around the world. The 2020 Induction and Awards Ceremony will be held in Detroit at the MGM Grand Ballroom on July 23.

The organization annually honors people who have contributed greatly to automotive history with one of five types of awards, including: Hall of Fame Induction, Industry Leader, Distinguished Service Citation, Mobility Innovator, and Young Leadership & Excellence Award.

“Induction into the Automotive Hall of Fame is reserved for individuals who have created, shaped, and changed the mobility market. These individuals have exceeded in a way that stands out from their peers – they are responsible for a step change in innovation, business operations, and impact on consumers and the public,” Hall of Fame President Sarah Cook said.

Previously, the Automotive Hall of Fame honored Chung with its Distinguished Service Citation Award in 2001.

As one of the top business leaders in Korea, Chung has been a steadfast champion for development of the nation’s automobile industry and economy. Amid collapse of Korean automotive industry during 1990s Asian financial crisis, Chung successfully revived Kia Motors and fostered it as a global automotive brand.

Under Chung’s leadership, Hyundai Motor Group rapidly expanded to compete head to head with the world’s leading automakers. As a result, Chung’s efforts affected lasting change in the global automotive landscape and the Korean economy.

In pursuit of global competitiveness, Chung placed great emphasis on quality management. He established a standard plant construction system that can be rapidly implemented anywhere to help assure consistent high-quality production evident in the many quality awards earned by Hyundai and Kia vehicles around the world. Chung has also established one of world’s largest research and development centers to advance the company’s competitiveness.

Chairman Chung’s innovative leadership and business philosophy has been recognized and celebrated through various awards over the years, including Korea Management Association’s CEO of the Year Award (1996), Business Week’s Auto CEO of the Year (2004), Automotive News’ Top Automotive CEO in Asia (2005), Van Fleet Award (2009) and named in Harvard Business Review’s “The CEO 100”.

About the Automotive Hall of Fame

The 2020 Induction and Awards Ceremony will be held on July 23, 2020 at the MGM Grand ballroom in Detroit, MI, USA. To inquire about sponsorships or tickets please contact Margarite Fourcroy at 00 1 (313) 240-4000 or MFourcroy@thedrivingspirit.org. 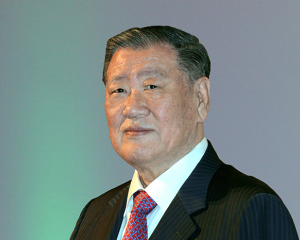